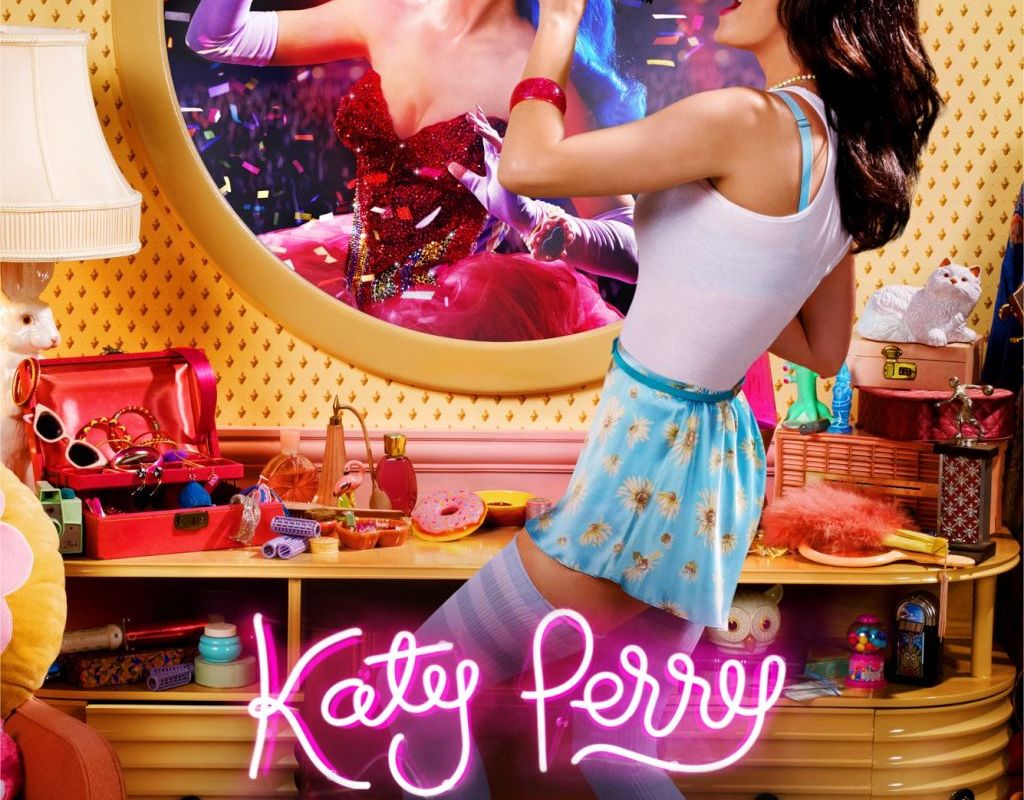 Anyone who follows me on Facebook knows I was excited to see this one… As a very frequent listener to pop radio, I’m very familiar with Katy Perry’s catchy tunes and would probably consider myself a fan of her.

And aren’t famous people fascinating? There’s this interesting phenomenon occurring lately, that these celebrities who seem larger than life are letting the public in a little more, and being rewarded for it. From reality tv to documentaries, our generation more than ever is seeing an “unmasked” version of our celebrities, and Hollywood should take notice, we like people who are real. Granted, we still only see what they’re willing to show us, but is that really so different from how we interact with the people around us? An interesting thought…

This movie brings up some very interesting questions for us. For those of you that aren’t aware, Katy Perry was raised in a highly conservative, Pentecostal Christian home. Her dad was a fiery traveling preacher. Katy herself was originally a gospel singer, before she went “mainstream”.

So what makes a person do that? How does a person go from Christian gospel singer to… well… Katy Perry? Because it’s becoming rather common amongst our generation to leave the church behind and never come back.

First, I want to suggest that the Christianity that Katy Perry was raised with is worth rejecting. Aside from “denominational” issues like being “slain in the spirit” that you see in the movie, Katy’s sister remarks that as children they weren’t allowed to eat Lucky Charms, because luck was from Lucifer.

I find it sad that Katy Perry had this as her model for Christianity, and I really can’t blame her for leaving it behind. I would’ve too. It’s unfortunate that she has yet to find the God and Christ underneath it all that rejects out bad religion as outrightly as she did.

Katy makes a brief mention that she still believes in God, but not in the same ways as her parents. She says that she has a one-on-one relationship with God that isn’t anyone else’s business.

Sadly, I find this to be just another version of Christianity worth rejecting. The idea that one’s relationship to God is nobody’s business is remarkably unChristian, actually. This is not to say that we don’t each have a unique, personal relationship to God. I certainly believe this is true. But true Christian faith is intended to be experienced and lived out in community, in this thing called Church. In creation, the only thing God calls “not good” is for people to be alone. And I think it’s sad that Katy Perry has traded a bad church for a bad spirituality.

The movie highlights a lot of tension in her song writing around “authenticity”. Katy wants to write songs that reflect how she truly feels, and there doesn’t seem to be a place for that in gospel music or in her first few labels.

(Side note: let’s not pretend that Katy Perry has “arrived” in this sense. While many of her songs are a lot deeper and honest than other pop songs, tracks like “California Gurls” and “Let Me See Your Peacock” are clearly nothing more than money grabs exploiting her sexuality, so it’s hard to accept her “high-ground” on this subject.)

But what I will say, and defend, is that “popular” Christian music does not allow for the whole of the Christian experience like the Bible does. Most Christian music sounds like (and is based on) the Psalms, many of which are exclamations of praise toward God from a position of optimism. But it doesn’t take long in the Bible to find other prose. Read Job, Ecclesiastes, Lamentations, or the other half of the Psalms (!) and you will see what I mean. The Bible (and God) allows for honest expressions of doubt, anger, desperation, and frustration at God. But does our music?

From what I’ve heard, it doesn’t. Maybe we shouldn’t sing negative songs during Praise and Worship at church, but shouldn’t the Christian music genre include such things if the Bible does? I’m afraid that if some lament psalms or passages from Ecclesiastes were put to music, KLOVE would not play them. And it’s unfair, and presents a one-dimensional Christianity, if music (which is one of the most profound ways we express ourselves) does not reflect our reality.

And the funny thing is, some Christians find music in touch with our experience on the other stations more often than on KLOVE. And I think that’s okay.

I personally don’t want to be the one to tell God that God can’t use secular music to teach us things or glorify God. Would the person willing to do so please stand up?

I think Christian music can learn a lesson from Katy Perry’s story. As a songwriter, she was unable to express the reality of her experience within the Christian music genre, and I think many listeners experience the same thing. The idea that there is “Christian” music at all seems a little limiting doesn’t it?

Just a few thoughts. Sound off in the comments and let’s talk about it!

Also, check out the new “Theology and Film” tab above to engage with me with other films.

6 thoughts on “Theological Dialogue : Katy Perry: Part of Me”