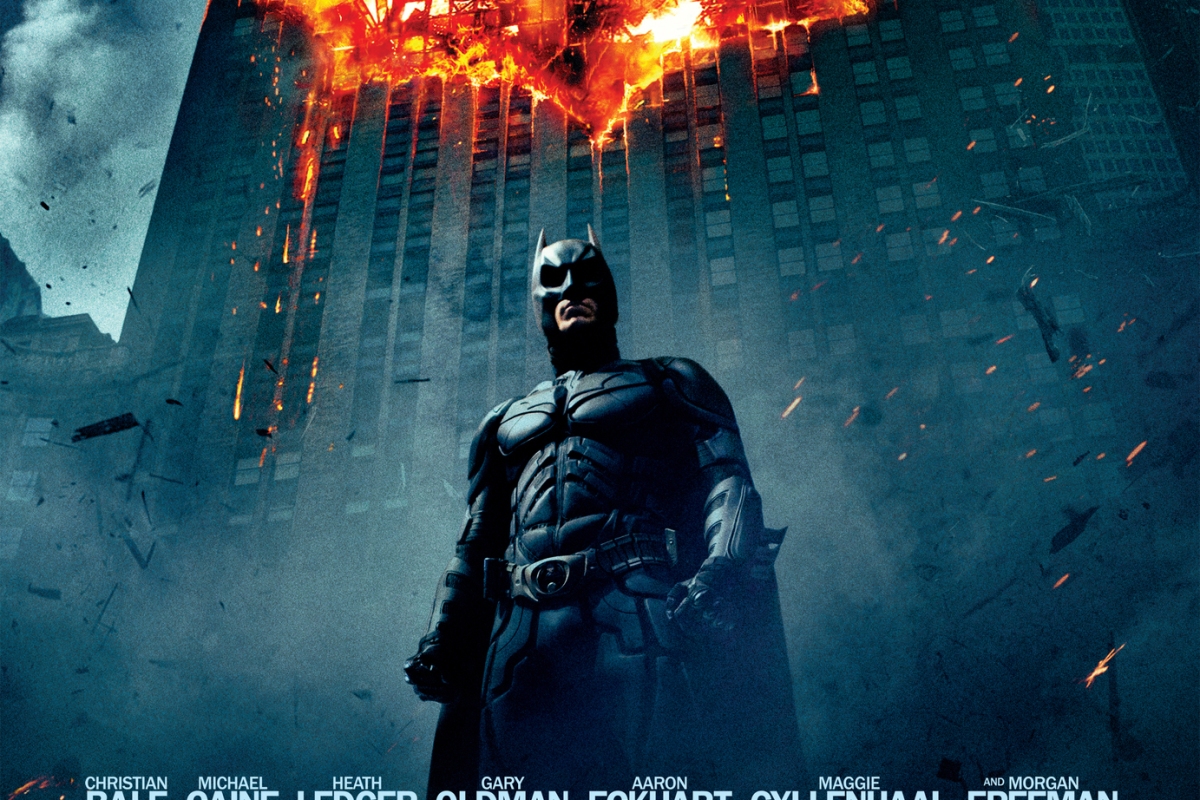 As it stands, my two favorite subjects in the world are movies and theology. On this blog, I’ve been having a blast combining these two passions thus far. But today I get an enormous privilege in getting to not only do this once more, but to do it with one of my favorite movies in the entire world, The Dark Knight. Unfortunately, as I was about halfway through this post, I realized that this movie is so much more complex than I could do in one post, so this is now “part one”. In this one, we will explore the character of “the Joker”, whom this film is truly about, and in the second we will explore the ending of the film: whether Batman’s sacrifice is truly noble, and whether a lie can be better than the truth. 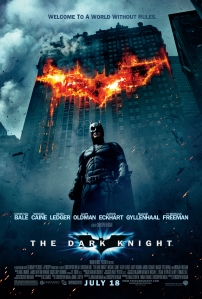 The movie deals with the fallout of Batman Begins, an amazing trait of these films. Now that Batman has struck fear into the criminal world, “escalation” occurs. A psychotic terrorist with visions of chaos arrives with something to prove. As I mentioned in my last post, director Christopher Nolan has one-word themes for each of his Batman films; this one’s is “chaos”. Nolan wants to imagine how a superhero like Batman deals with a villain who doesn’t actually “want” anything or, worse, fear anything.

What’s truly terrifying about the Joker in this movie is that truly nothing motivates this villain except for pure destruction. As Alfred tells Batman in the middle of the film: “Some men just want to watch the world burn.” Couple that with a truly unbelievable performance by the late Heath Ledger, and you have the greatest villain ever put to film.

My struggle is this: do villains like this actually exist? I have to say “no”. When we look at criminals, even terrorists, in our world, we see people motivated by greed, desperation, hatred, and religious ideology. The only exception to this is mental illness, what we would call the psychopath. And while the term “psychopath” is used to describe the Joker in the movie, I don’t think he is truly portrayed that way. The Joker is actually quite the self-aware, methodical genius. You could argue a combination of psychological and social disorder, of course, and that probably is the case in this film. But generally speaking, the terrorists of our world want something or intend to accomplish something with their terror. The Joker doesn’t want anything. He even burns the millions of dollars he acquires just to make a point.

What’s makes the Joker such an amazing villain is that he operates under a particular ideology that, I would argue, is essentially true. In Batman Begins, we saw two moral ideologies go head to head, and I suggested that Batman defends an essentially Christian premise. But in this movie, the Joker holds a dark belief that I’m afraid may be true: if you take away order and push people to their limits, ANYONE can become a villain.

This happens all throughout the film. The theme is given away early on, as Harvey Dent says over dinner, “You either die a hero, or live long enough to see yourself become the villain.” The Joker is out to make villains out of everyone. He twists police officers to do his dirty work through the mob; he threatens to blow up a hospital and turns an entire city into assassins; he pits the citizens against the criminals to see who will kill each other first to save themselves; and ultimately, he turns Gotham’s “white knight” into the villain “Two-Face” in order to achieve final victory: the destruction of Gotham’s spirit and progress since Batman’s arrival.

The Joker here is more than a villain. The Joker is more of a “devil”. Sure, the Joker commits villainy on his own, but his ultimate intention is to turn everyone else into a villain. Biblically, there is something to be said here about such a “character”.

The Bible has a recurring, though inconsistent, character known as the devil, Satan, etc. By inconsistent, I mean that the Bible never takes the time to explain who this character is, where they came from, and there are a lot of interesting instances where stories in different books do not match up, and we’re never really sure what sort of relationship there is between God and this devil. (See Job to be thoroughly confused about how this “devil” works.) The Bible uses this character as a way of showing an important truth, which is essentially the Joker’s truth: we are all capable of evil under the right circumstances. The Joker, and the devil, personify the circumstances under which we are all capable of being villains.

As a point of clarification, I am not saying that this means the devil isn’t real. (To be fair, I’m also not NOT saying that.) For a more detailed understanding of my theology on this matter, refer back to my Credo. What I want to say is that a biblical understanding of the devil is a lot like the way we understand the Joker; less as an external villain and more as a way of remembering that, given the right circumstances, WE are the villain.

The final scene with the Joker shows how true this is. Batman had focused all his attention on catching the Joker and finally does, but this was not the Joker’s final play. The Joker had placed the criminals and the citizens of Gotham in two separate boats, each rigged to explode, and each given the trigger for the other boat. The citizens, and the criminals(!), foil this plan, showing the Joker (devil) that they were ready to make the right choice. But what’s interesting is that Batman had no way to help them make that choice, short of his reputation and the inspiration that he had caused to that point. Batman was trying to fight the devil and trying to keep his own soul intact, but not even a superhero can stop the spread of evil in a world where even he could become the villain.

I wonder how often we as Christians play up the superstition of “the devil”. Whatever we believe about this strange biblical character, I think it can be risky to take the devil too seriously on its own merit. We ought to take VERY seriously this idea that we are all capable of evil. Far too often, it’s easy to believe that there are “good people” and there are “bad people”.

What’s funny about this belief is that nobody has ever believed this and simultaneously believed themselves to be the “bad people”. Perhaps the essential misunderstanding about evil in this world is the idea that “there are good people, there are bad people; I am a good person, you are a bad person”. Substitute “I” for “We” and “You” for “You all/They”, and you’ve just diagnosed every war in human history.

The terrorists behind 9/11 didn’t do it to “watch the world burn”. They did it because their religious belief said “We are the good guys, you are the bad guys, and therefore we have the right to kill you.”

Is Christianity any better? Though we may not always act like it, theologically the answer is Yes! Christianity recognizes that there are not simply good people and bad people, but that the line between good and evil runs between each and every one of us. We are all capable of great good and great evil. Circumstances push us into situations where we ultimately have to make choices about which of those we value more highly.

This is where our premise disagrees with the Joker’s, though. The Joker’s ultimate goal is to prove that everyone is as sick as he is. I personally have a higher view of humanity than this… but there is certainly a discussion to be had with human nature, depravity, the image of God, etc. Feel free to discuss this further in the comments!

We as Christians would do well to take the Joker seriously on this matter. If we are not careful, we may become the villain. Our theology of evil is not one about good forces and bad forces like the old Greek myths or the star wars movies. Our theology is about people who make choices and face the outcome of those choices. We can become a hero, or we can become a villain. Or, we could do worse, and never care enough to be either, and let the harsh circumstances of life force us into villainy we never thought ourselves capable of. And the way of the hero is, as the movie says, death. Jesus says the way of the cross is foolishness and death.

One thought on “Theological Dialogue: The Dark Knight (pt.1)”