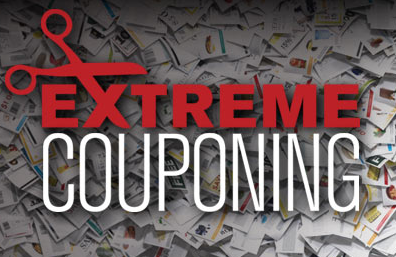 The relationship between God and money is a tricky one. Some Christians have a LOT of money, and some don’t. There are several murky issues in dealing with charity and wealth and poverty. Which charity do you give to? Do only Christian charities deserve my money? Is it better to donate to a non-profit than to tithe to the Church? How much of tithe money is spent outside of the Church’s walls? Can a person be exceptionally wealthy and a follower of Christ?

These are not issues I think I can resolve. I simply want to add to the conversation with some observations, and a weird parable of Jesus that I think challenges us in a unique way.

One day I turned on the TV to browse. Someone had been watching TLC, so that was playing in the corner of my screen as I surfed the “guide” for something else to watch. The show on TLC was called “Extreme Couponing”, and I found myself transfixed in what was going on so much that I put it to full-screen and couldn’t look away.

The show follows people who have made the use of coupons into, essentially, a career. They spend hours and hours a week cutting and organizing coupons for items and then waiting for those items to go on sale. They are so good at this that they are able to use coupons and scout sales so that they get the items for more than free. They cheat the system by using coupons on sale items and buying so many of them that the store actually owes them money, and they use that credit to buy the groceries they actually want. They walk out of the store with 86 things of laundry detergent and their groceries for pennies on the dollar because the coupon+discount equaled more than the cost of the item!

How did people think of this?? It’s absolutely amazing the stuff that people come up with to save money! It’s brilliant, in fact!

Here’s another story. This is an urban myth that circulates in email form, and is probably not true, but fun none the less.

Outside England ‘s Bristol Zoo there is a parking lot for 150 cars and 8 buses. For 25 years, its parking fees were managed by a very pleasant attendant. The fees were £1 for cars ($1..40), £5 for busses (about $7). Then, one day, after 25 solid years of never missing a day of work, he just didn’t show up; so the Zoo Management called the City Council and asked it to send them another parking agent.

The Council did some research and replied that the parking lot was the Zoo’s own responsibility. The Zoo advised the Council that the attendant was a City employee. The City Council responded that the lot attendant had never been on the City payroll.

Meanwhile, sitting in his villa somewhere on the coast of Spain (or some such scenario), is a man who’d apparently had a ticket machine installed completely on his own; and then had simply begun to show up every day, commencing to collect and keep the parking fees, estimated at about $560 per day — for 25 years. Assuming 7 days a week, this amounts to just over $7 million dollars!

And one more example, just for kicks. Back in 2005, the U.S. Mint thought that it would be beneficial to produce $1 coins rather than bills, since coins stay in circulation longer. This didn’t really work because people don’t want a bunch of coins in their pocket all the time. To help get these into circulation, the U.S. Mint offered a “direct ship” program in which people could “buy” the coins and have them shipped for free. In addition, the program excepted credit card payments on the coins. 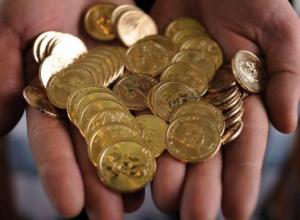 When some brilliant and wealthy people heard this, they began buying these coins in bulk (as much as two million at a time) with their credit cards. When the coins arrived, they immediately took them to the bank and deposited them and paid off the credit card bills. The result? Credit-card bonus-miles… for free! People got free trips around the world, gift-card, and other benefits for using their credit cards to buy MONEY! The U.S. Mint had to start putting restrictions on how many dollar coins could be purchased, because the people doing so were completely operating within legal boundaries.

The common theme within these three stories is that we humans are exceptionally creative, even brilliantly so, in finding ways to make and keep money. We love money in such a way that we devise schemes and tricks worthy of the Ocean’s Eleven movies to get more of it!

It is into a generation like ours, and a people like us, that a very odd parable of Jesus speaks loudly. This parable comes from Luke 16:

There was a rich man whose manager was accused of wasting his possessions. So he called him in and asked him, ‘What is this I hear about you? Give an account of your management, because you cannot be manager any longer.’

The manager said to himself, ‘What shall I do now? My master is taking away my job. I’m not strong enough to dig, and I’m ashamed to beg— I know what I’ll do so that, when I lose my job here, people will welcome me into their houses.’

So he called in each one of his master’s debtors. He asked the first, ‘How much do you owe my master?’

‘Nine hundred gallons of olive oil,’ he replied. The manager told him, ‘Take your bill, sit down quickly, and make it four hundred and fifty.’ Then he asked the second, ‘And how much do you owe?’ ‘A thousand bushels of wheat,’ he replied. He told him, ‘Take your bill and make it eight hundred.’ The master commended the dishonest manager because he had acted shrewdly.

This is not a familiar story to most, but this whole passage does end with a familiar verse: “No one can serve two masters. Either you will hate the one and love the other, or you will be devoted to the one and despise the other. You cannot serve both God and money.”

What is going on in this story? If read at face value, it would seem that Jesus is encouraging people to be dishonest with their money. There are a couple ways to read this passage a little better, and then we can bring it all home.

The most important point for interpreting this passage is that the “master” in this passage is NOT God. Sometimes in Jesus’ parables, there is a “master” who is supposed to be interpreted as God. This is NOT one of those parables. The master in this parable appears to be just as concerned with richness and wealth as the manager, as he seems to admire the attainment of wealth through dishonesty.

Jesus is essentially telling a story like the three I told. It’s even a parable, not a true story, like the story of the parking attendent. He is pointing out this same truth: we are really good at coming up with ways to cheat the system and attain money for ourselves, and we live in a society that praises, admires, and respects such practices.

Even as we read the above stories, did you find yourself laughing or celebrating their achievement? I certainly did. Maybe you thought something like, “I wish I would’ve thought of that!”

We all share this impulse to make and keep money, and we seem to have this God-given creativity and brilliance in doing so. Is it God’s desire, then, that we should cheat the system and make money in creative ways? The first half of this passage seems to say so.

But it is into this question that Jesus speaks after the story:

For the people of this world are more shrewd in dealing with their own kind than are the people of the light. I tell you, use worldly wealth to gain friends for yourselves, so that when it is gone, you will be welcomed into eternal dwellings.Whoever can be trusted with very little can also be trusted with much, and whoever is dishonest with very little will also be dishonest with much. So if you have not been trustworthy in handling worldly wealth, who will trust you with true riches? And if you have not been trustworthy with someone else’s property, who will give you property of your own? No one can serve two masters. Either you will hate the one and love the other, or you will be devoted to the one and despise the other. You cannot serve both God and money.

Jesus is saying this: the desire to make and keep money is the mark of a worldly generation, and it does not last. In eternity, the amount of money you had doesn’t mean ANYTHING. The idea that gaining and keeping money is good and noble is a LIE of this world that has been proven time and again to not be true!

But why are we so good at it then? Why would God give us such creativity when it comes to making money?

What if the shrewdness we use to gain money wasn’t given to us for gaining money, but for giving it away?

To put it another way, what if we channeled that brilliance and creativity toward blessing others rather than blessing ourselves?

It seems to me that in matters of making money, we always come up with new and innovative ideas. But when it comes to charity, the best we can do is throw money in a plate or write a check. What if we could reverse this entirely? What if we spent time and energy devising and scheming ways to save the world, rather than build up wealth for ourselves?

Things like this are happening. Organizations like Tom’s and Kiva have come up with systems that allow people to help others by simply buying shoes or contributing to micro-loans. Instead of throwing $100 on a check and feeling good about myself, I can invest that money in a person with a name and a face, and when they repay the loan, I can put that same $100 toward someone else. Brilliant!

There are so many brilliant ideas out there waiting to be discovered. Maybe the difference between serving God and serving money isn’t about whether or not we have money, but how we use it. We can use the money in schemes and plots to make more money, like the $1 coin scandal, or we can recommit that creativity to finding unique and exciting ways to do God’s work: release from captivity, feeding the hungry, clothing the naked, etc.

In Matthew, Jesus commands us to be “shrewd as snakes and innocent as doves”. Shrewdness is God-given. But will we use that shrewdness to serve God, or to serve money?

What if churches offered grants to creative charity ideas? What if the local church were inspired to come up with “schemes” and “plots” to save the world rather than to secure themselves?

The challenge from Jesus in this passage is to use our creativity for others instead of ourselves. I imagine that if we even used half of the creativity and brilliance to serve others as we do to serve ourselves, we could make a significant impact on the world around us.

May we recognize that the strange gift of creativity and money is intended by God for others and not for ourselves. And may we as a Church encourage and foster innovative ideas and programs that serve the community: for if we have not been trustworthy in handling worldly wealth, who will trust us with true riches? If we can’t even be trusted with something as meaningless as money, why would God trust us with the things that actually matter?