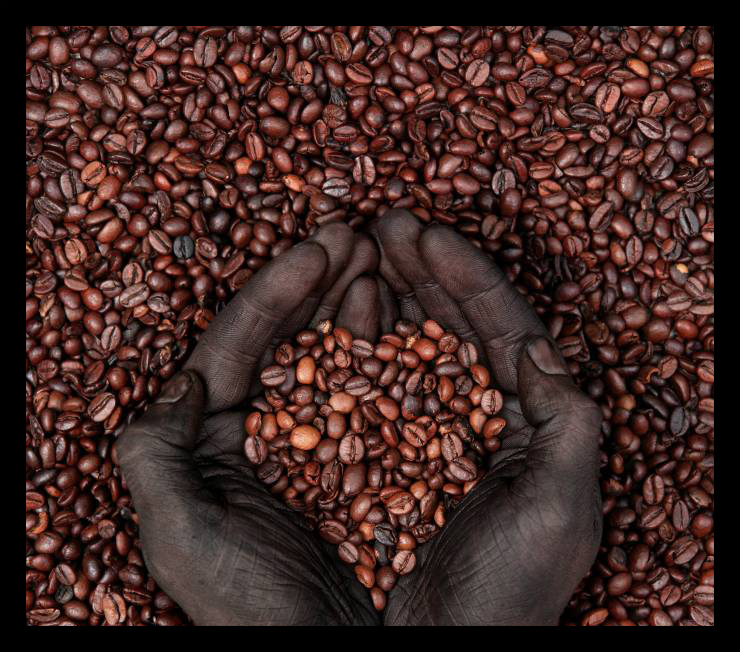 The first thing that will help you understand the world of coffee better is to not think of coffee as a shelf-product, but as a crop. Coffee grows on trees, in a fruit. What we call a coffee “bean” is actually the seed of a cherry.

Watch this brief, terrific video made by one of my favorite coffee roasters to see the actual process it takes to make a cup of coffee: http://vimeo.com/66520723

What I hope you notice is that the process from seed to cup involves a lot of people, from all over the world. It’s a lengthy process to get that coffee to you, and a lot of money and product has changed hands along the way.

And when money changes hands, especially internationally, there is a lot of room for exploitation.

Because coffee can only grow well in particular conditions, it just so happens that coffee-growing countries are among the most impoverished. It is easy, then, for coffee buyers to take advantage of the farmers and pay them horrible wages. Other exploitations include using heavy machinery to remove cherries from the trees (machines that do not distinguish between ripe and unripe, and decimate the plantation so as to not be usable for the next harvesting season), increasing middle-man buyers (called coyotes) who buy the coffee at a low price and then sell it much higher because the farmers are unable to transport their goods or are unaware of its quality, among many others.

Suffice it to say, there is a lot of injustice taking place in the coffee industry. And the international nature of it leads to a lack of transparency. What we do know, though, is that even those who like to claim a moral high-ground aren’t being completely honest.

Most people associate the words “fair trade” with ethical buying. For a lot of products, like chocolate and clothing, “fair trade” has become synonymous with ethical sourcing and treatment of workers. In a lot of cases, this is true. However, with coffee, it’s a bit more complicated. You see, “Fair Trade” is actually a certification controlled by a particularly organization. When something is “Fair Trade Certified”, it means that it meets a (pretty low) minimum requirement for wages paid and worker’s conditions. A study from April 2014, though, showed that the average workers’ wage was actually higher among non-fair-trade coffee farms than among the certified ones.

This doesn’t mean that Fair Trade is unethical. I would never say that, because it’s untrue. The organization has done a lot of good. Unfortunately, when it comes to coffee, we can actually do better… and we already are. You can read more about these distinctions here.

About 10-15 years ago, what we call the “third wave” of coffee began. (The first wave was the mass-production of office-type coffee, i.e. Folgers, and the second was the rise of large chains of specialty coffee houses, i.e. Starbucks.) This wave has been characterized by a high commitment to quality and ethical sourcing. A few roasters around the country, notably Intelligentsia, Stumptown, and Counter Culture, began developing “direct trade” relationships with coffee farms, investing in them long term toward the goal of increased quality, but also sustainability. These roasters began to pay premiums for outstanding coffees, and invest in building better facilities on the farms and cooperatives, offering incentives, micro-loans, and straight-up-charity in the interest of good, honest business. Intelligentsia pioneered the practice of paying farmers the same amount of money as the previous year even if the crop was decimated by drought, pests, or severe weather. They were willing to pay to receive nothing, in the interest of a long-term relationship with their farmers. This became industry standard. Stumptown partnered with local corporations to offer cooperatives in Ethiopia  a three-year micro-loan to develop a washing facility for them all to share so they would have to travel less to process their coffees. It was paid back before the end of the first year. Counter Culture developed their own certification called “Direct Trade Certified”, in order to hold themselves accountable to their coffee buying, and they annually publish sustainability and transparency reports to the public.

This type of justice-oriented coffee has caught on. These three roasters are now nationally known and sought after, and these practices, as I’ve already said, have become industry-standard. I know of a small roaster in Tulsa, Oklahoma that built a medical clinic on one of the plantations it sources coffee from. Among the high-quality coffee roasters of today, these ethical practices are second-nature. They have become built into the system. If you want good coffee, you’re going to have to go about it the right way. And the world is better because of it. 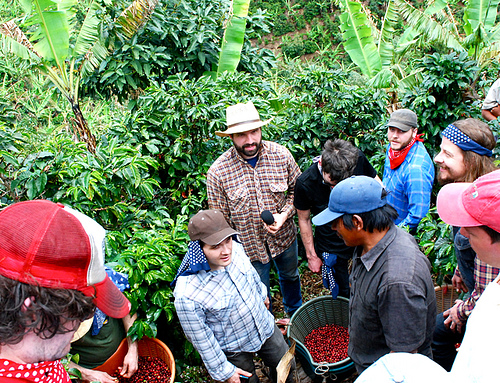 But we have a long way to go. There’s still a lot of confusion about these issues in the general public. People often are looking for “fair trade coffee” and don’t realize that what they really want, which is ethically-sourced coffee, may not bear that official label. Many see no difference between powdered coffee from the grocery aisle and the $20/lb bag at the “snobby” shop across the street. I write this post in part to raise awareness: where we buy our coffee from makes a HUGE, GLOBAL DIFFERENCE.

For example: Ethiopia, which is widely believed to be the birthplace of coffee, is a great example. If you are ever looking for a great coffee table book about coffee (with pictures), I highly recommend this one, from which I pull this quote: “Ethiopia is the world’s eighth-poorest country, but it has the greatest store of genetic diversity of coffee. Its coffee, if successfully linked with the growing specialty and boutique-specialty coffee trends, can create real results for the country’s economy. Ethiopia currently exports 600 million pounds of coffee per year; a price increase of just $0.10/pound would equal $60 million in additional income for the nation.” (pg. 1)

The reason I tell you this is because a lot of people ask me about my coffee job. They wonder why I care about something as run-of-the-mill as coffee so much. They wonder why the shop I work at charges upwards of $5 for a cup. And the answer is, well, its complicated. And it has a lot to do with my faith.

I, like many others, believe that God cares about justice. The whole Bible is all about justice, about a God who cares about the poor, the orphan, the widow. All of the law and the prophets boil down to loving God and neighbor, as Jesus says, and that includes our international neighbor. Unfortunately, we know that the Almighty Dollar gets in the way. (The Bible says quite a lot about this too.) The world of coffee is a perfect example of this. Something that we all consume everyday may very well be contributing to the impoverishment, exploitation, and even enslavement of our international neighbor, all because we are trying to save money.

But the coffee industry is bending a different way, just as I believe the world is. I believe that Jesus inaugurated the Kingdom of God, and that the world is being bent toward justice and love and peace in spite of the pervasiveness of evil. I don’t know how many of the people involved in these changes are Christians. It might be interesting to know, but I think we also know that in some ways we share the values and hopes that God has for the world.

And isn’t it crazy to think that something that used to seem so mundane as buying a cup of coffee can actually shape the world toward justice? It’s things like this that bring flesh to an old phrase: “God works in mysterious ways.” For me, one of the ways I find God in coffee is by participating in this industry that works so that farmers get paid more than what they deserve, and economies elsewhere can grow and life can flourish as God so desires.

Let this be a challenge: think about where the things you buy come from. We all stand to benefit from justice in our coffee buying – if for no other reason than it leads to better coffee! But simple changes and awareness can allow you to participate in what God may be doing in some of the impoverished nations of our world – allowing economies to stabilize and people who bear the image of the Creator to afford food, clothing, education, and opportunity.

God cares about where your coffee comes from. God cares about Ethiopia, and every other impoverished country taken advantage of for our benefit. So should we.